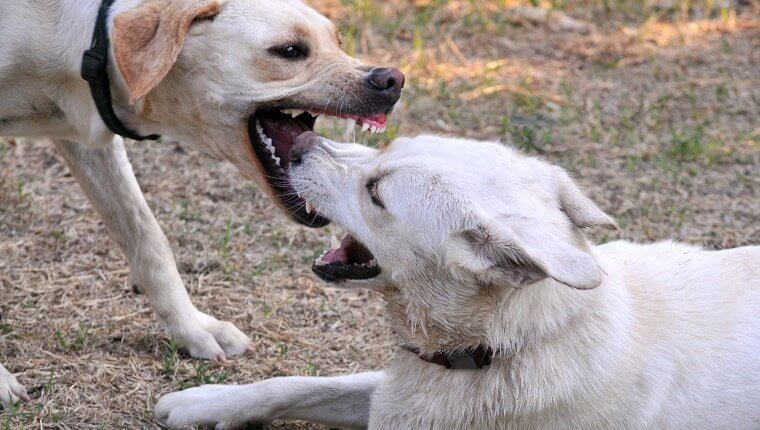 I don’t like dog parks. There. I said it. The reason is because they are not at all what the average dog owner thinks they are. Many of my customers proudly tell me that they make a special effort to take their dogs to dog parks. Honestly, the very thought makes me cringe. Dog parks are dangerous and encourage just the kind of behavior that good trainers will tell you to avoid!

Why people go to dog parks 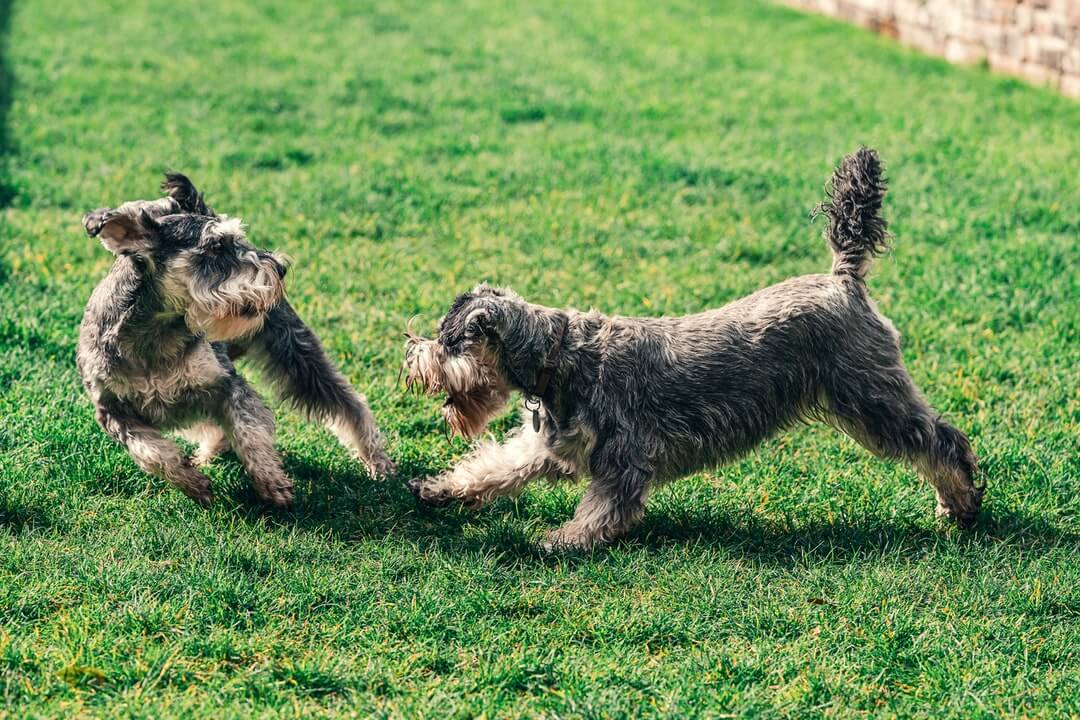 People go to dog parks for a few reasons. They don’t have a large or fenced in area where their dogs can play off leash. Therefore, they think a dog park is a good place for their dogs to socialize. They like the human company while their dogs play in a large space.

The reality is that dogs don’t need to socialize with other dogs. Certainly not strange dogs. This is an emotional myth that humans tell themselves. Humans need social interaction with other humans. Dogs do not.

In spite of what they are, the intention behind dog parks was good. The reality is that dog parks are not good. Off-leash play among strange dogs can lead, very quickly, to serious fights. Owners who do not understand the necessity of establishing themselves correctly as the leaders for their dogs. When trouble occurs, the dogs do not look to them for guidance nor do they respond when the owners try to recall them.

What they really do 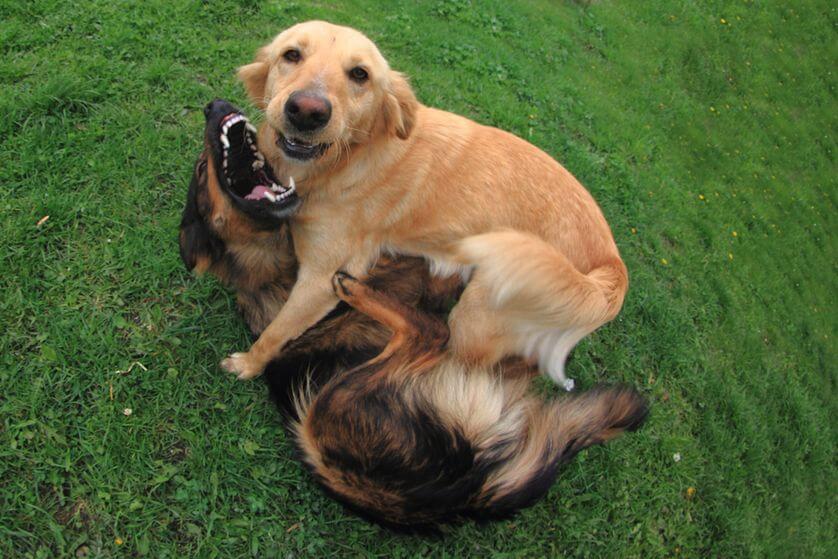 Dog parks encourage poor manners (both dog and human). Dogs learn that they can and even should approach strange dogs in a way they normally wouldn’t. Humans, because they don’t understand dog language, push this rude behavior.

The close play between strange dogs also spread disease. Very few public dog parks require owners to provide proof of full vaccinations for their dogs. Not only are rabies vaccinations crucial but those for other highly communicable dog diseases needed. Bordetella is one that many owners aren’t even aware of needing for their dogs.

Humans at dog parks force interactions between dogs, and teach bad habits. To clarify what I stated above, dogs learn very bad social habits at dog parks. Too often the least socially skilled of the dogs is the one who sets the tone for all the interactions at the park.

The reality of dog parks is that people ignore the rules, ignore their dogs (and those of others), do not have control of their dogs (no rock solid recall), they cannot read the body language of dogs properly, and can only panic when fights break out.

They are where the wild rumpus begins 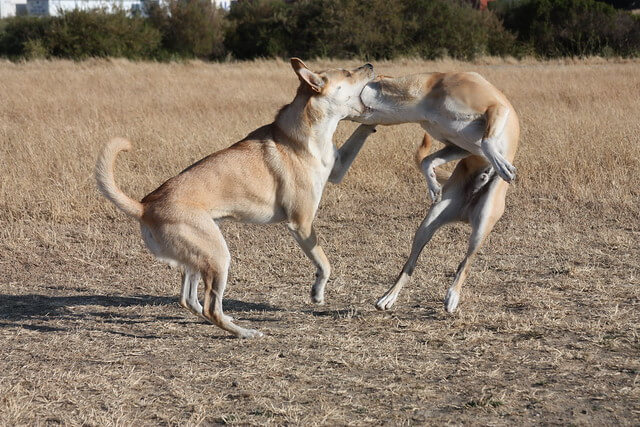 Play is completely unstructured in these parks. It’s chaotic and usually fairly unsupervised. Observe the action at a dog park. Firstly, notice that most of the people who bring their dogs to a dog park to burn off excess energy and to socialize also don’t have dogs that are well leash trained and obedient. The utter chaos of dog parks teaches dog that wild, unrestricted activity is not only allowed, but encouraged. Any good trainer will tell you that unstructured, unrestricted activity is not a good thing for your dog! This wild time creates a wild mind in the dogs. Subsequently many people have to chase their dogs down when it’s time to leave!

The problem with puppies

Older dogs can treat puppies badly. In other words, puppies can be at a high risk in dog parks. People think they’re helping teach their pups to socialize well with other dogs when they bring them to dog parks. But the cold, hard truth is that they’re setting their puppies up to be harassed and even attacked by older dogs. Dogs who are resource guarders are regularly brought by their owners to dog parks. When a pup (or even another adult dog) tries to innocently and playfully take a toy belonging to one of these dogs it can be severely injured. 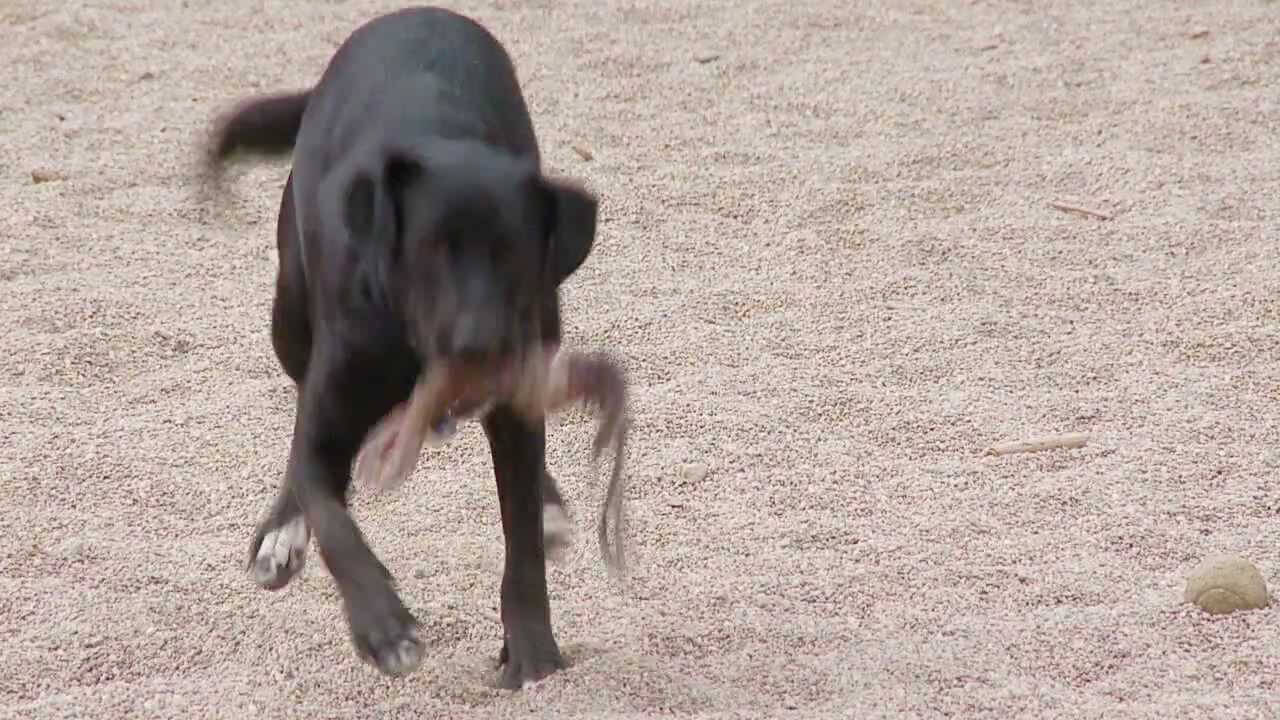 Caution – The above image shows a 7 lb. Chihuahua killed by another dog at an off leash dog park.

People bring young kids and even babies in strollers to dog parks. Then, when a curious dog approaches the parents tend to overreact. Even worse, some dogs at dog parks don’t like kids and most kids are never taught the correct way to interact with dogs. Serious injuries can be the result of child/dog interactions.

Well intentioned people often bring food and dog treats into dog parks. This can create tense situations between those humans and the dogs and between dogs vying to get the food. Even dog treats can create volatile situations.

Many people bring their dogs to dog parks without recognizing that their dogs are aggressive toward strange dogs. Not all dogs have good social skills with other dogs. And too many people think they should just let dogs work out their differences when trouble starts.

The dangers to both dogs and humans is very real. A Yorkshire Terrier was killed in an off leash dog park in Colorado in December of 2017. Two children were severely mauled and a third was killed in a spate of maulings at off leash areas in Australia.

Dogs and humans being injured and even killed cannot be ignored even though these serious attacks may be rare. I have never seen a dog park with the proper equipment to break up a dog fight and not a single one with a full time employee experienced with dogs and skilled enough to handle incidents.

How should you replace time there?

We’ve already established that your dog does not need to play with lots of other dogs. Your dog will be perfectly happy with you as his best pal and playmate. Structured walks, structured play, and training are far better for your dog than time at a dog park.

If you have friends with stable, well-trained dogs you can always meet with them to allow some free play. Just be sure that you all supervise the dogs. Even dogs who know each other well can get into disagreements.

And if you’re going to introduce new dogs to the group be sure to do it carefully. New dogs are unlikely, at first, to be seen as a new friend. It’s more likely that the pack of dogs who knows each other will view this new dog as an interloper.

If you insist on going

Determined to take your dog to dog parks? You should consider these tips before going:

In conclusion I hope that the reasons I've stated resonates with you. Dog parks, are uncontrolled environments and, as a result, endanger both dogs and humans alike. In other words, I don’t like dog parks because I love my dogs!